On Sunday, 5th March 2017, a formal Ceremony was held to lay the Foundation Stone prior to the construction of the proposed Building Block of Class Rooms at the B.E.M. Educational Institutions’ Campus, Mangaluru- 575001. The function was presided over by the President of the Management, Shri JayaPrakash Simons and was conducted in the presence of several distinguished leaders of the district. Shri N. Vinaya Hegde, Chancellor of Nitte University was the Chief Guest. The other honoured Guests included Govt. Chief Whip Shri Ivan D’Souza, MLC, Shri J. R. Lobo, MLA, Capt. Ganesh Karnik, MLC, Shri Suresh Ballal, Chairman of MUDA, Shri Rajendra Kumar, Corporator of Dongerkeri Ward, etc.

Prior to the Stage function, the actual laying of the Foundation Stone was done in a solemn manner, starting with Prayers by Religious Leaders from the three main communities of the area, that is, Hindu, Muslim and Christians, invoking God’s blessings on the proposed venture.

During the Formal Stage Function, it was mentioned that the School had a long list of eminent persons who were its alumni, such as Justice K. S. Hegde, who was a Judge at the Supreme Court of India and also the Speaker of Lok Sabha, Shri Rathnavarma Heggade, father of the illustrious Dharmadhikari Dr. D. Veerendra Heggade of Dharmasthala, Shri Kayyara Kinhanna Rai, the noted Poet and Writer, Shri M. Sunder Ram Shetty, the dynamic Chairman of Vijaya Bank of early years – to name a few.

Speaking at the function, Shri Vinaya Hegde reminisced that many eminent persons had studied in the B.E.M. School including his father Late Justice K.S. Hegde. He respectfully attributed to whatever he had achieved to the upbringing and moral values instilled in him by his father.

While B.E.M. School is the oldest formal School in the undivided South Kanara District, he felt that the Management was struggling to offer education to everyone without any intention of making money out of the service offered to the public and so, the Buildings did not change much during its nearly 180 years of existence. He was happy that now the Management had a vision to modernise the Buildings. Since his father had his early education in B.E.M. School, he considered it his privilege to support any venture to improve the basic infrastructure of the School.

A Brochure containing the Technical Details of the proposed Building was released by Shri Vinaya Hegde. Other honourable Guests too spoke lauding the service rendered by the Missionaries who came from Germany, learnt the local languages and had toiled under stressful conditions to improve the conditions of the people of the region by establishing not only Schools but also other Institutions such as Industrial units, Hospitals, Orphanages etc. All of them promised their whole-hearted support to the Management in their vision to improve the infra-structure in the Campus. They also wished that this Old Institution would grow and continue to offer its service to many.

The whole function was organised by the Management, (South Kanara Educational & Cultural Society), the Old Students’ Association and the Staff of the various Units of the Institution who had jointly formed a B.E.M. Educational Institutions’ Building Committee which had been given the responsibility to complete the Project. The Office Bearers of the Building Committee are: President – Mr. JayaPrakash Simons, Convenor – Mr. Rohan Shiri, Secretary – Mr. Vittal Kudva, Treasurer – Mr. Alwyn Ananda. 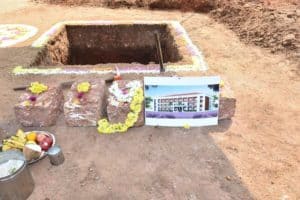 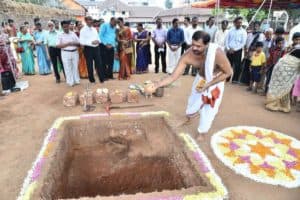 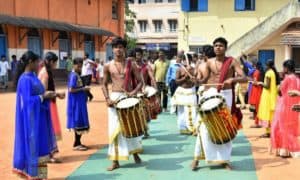 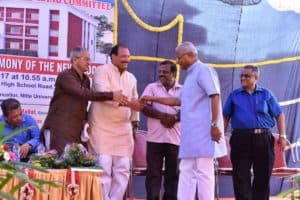 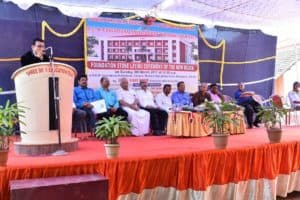 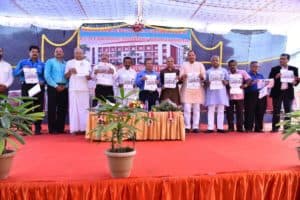 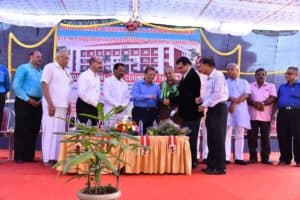 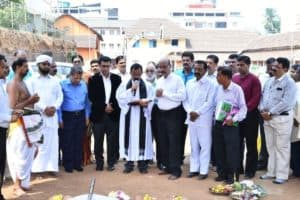 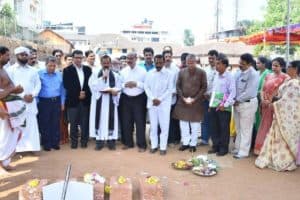 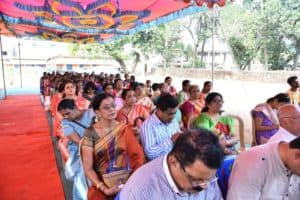 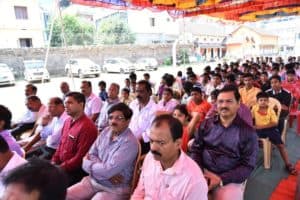 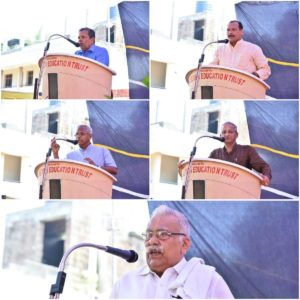 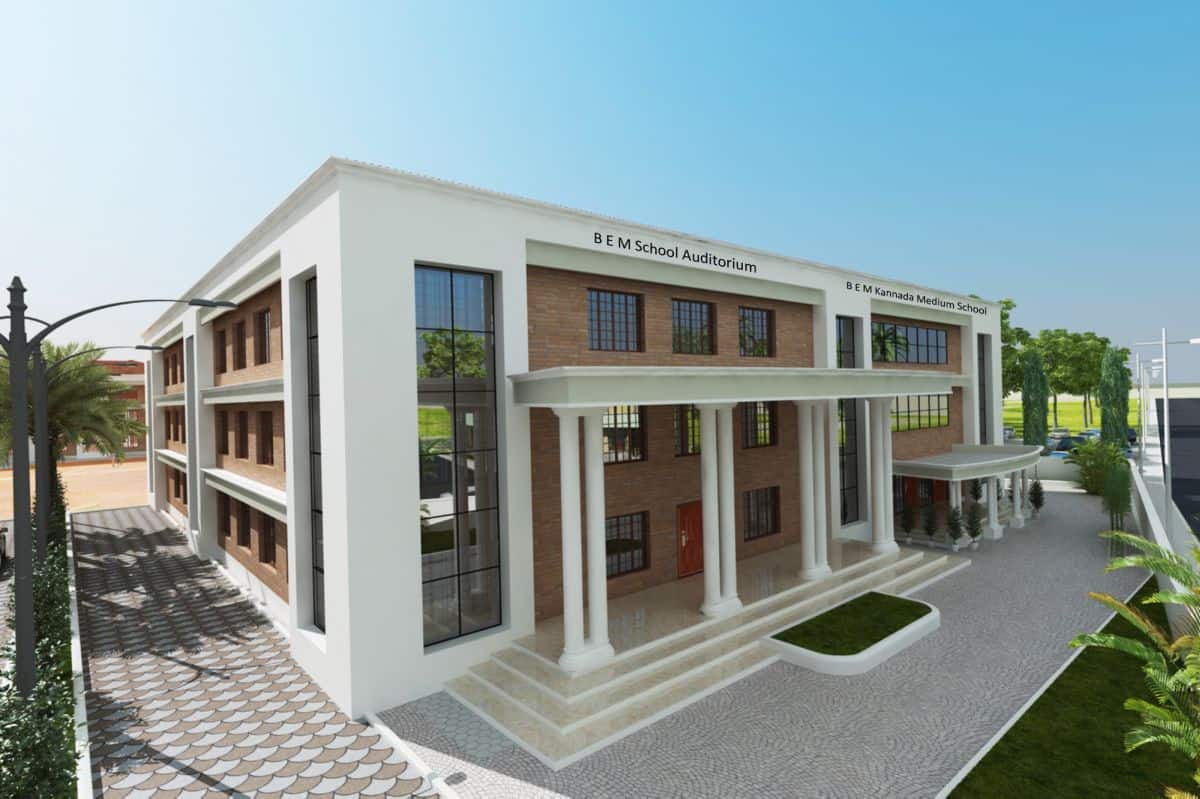 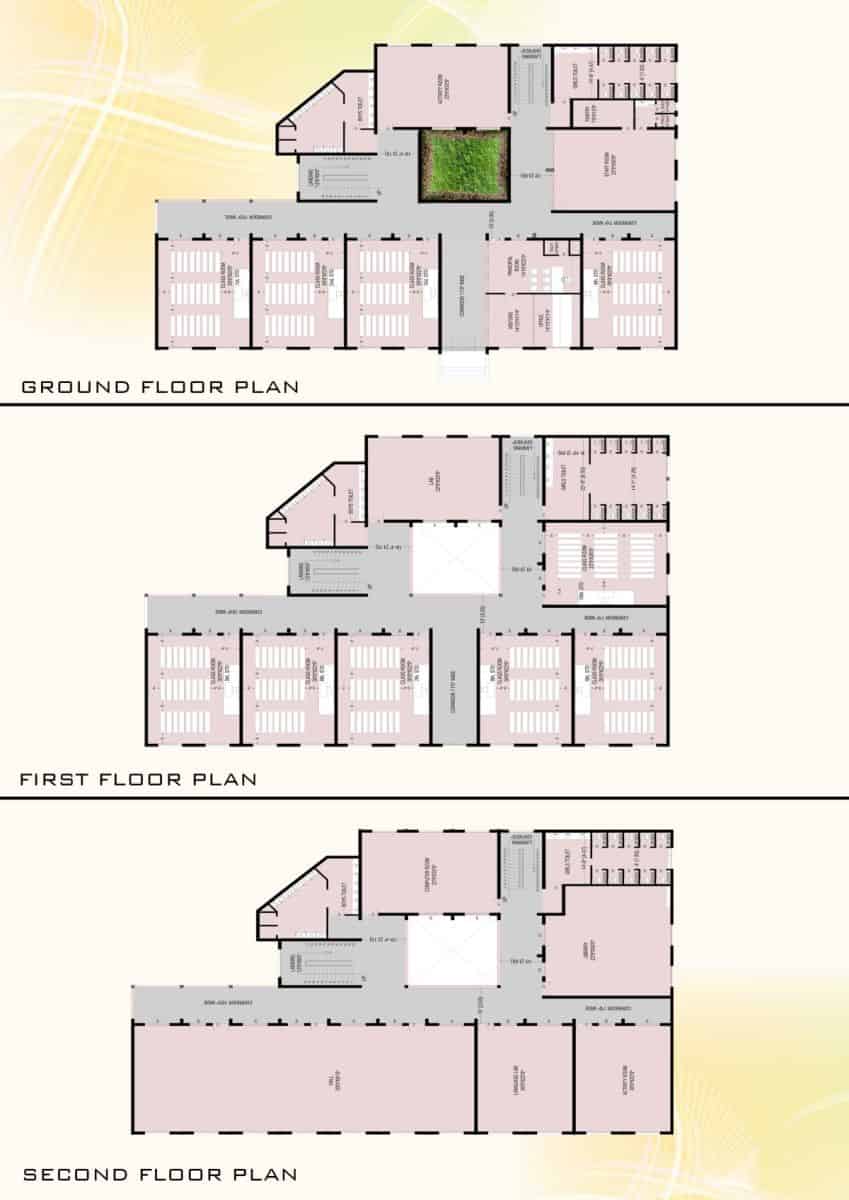 Development of work in progress of the New Block